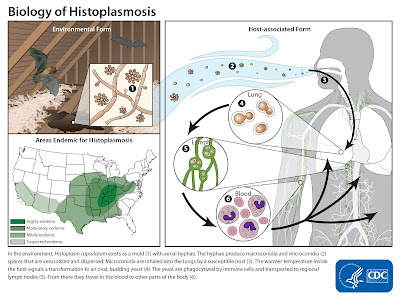 Learn more about histoplasmosis here.
Posted by Louisiana Department of Health at 7:00:00 AM No comments:

In LDH’s Friday, April 26 blog, “Making 2019 the Year of Public Health for Louisiana,” Dr. Alexander Billioux noted that despite some improvements regarding Louisiana’s health outcomes and healthcare access, Louisiana continues to rank among the unhealthiest states in America. He then posed a rhetorical question: “Why does Louisiana continue to be ranked low with these improvements?” His answer: “Achieving and maintaining good health requires more than healthcare.”

Human beings cannot and do not live on bread alone, neither do they acquire or sustain wellness and well-being just by having access to healthcare. There are factors that affect people, populations and communities’ health and wellness. These factors are barriers to health, also referred to as social determinants of health: economic and social factors that contribute to and/or shape a person’s health and health outcomes. The World Health Organization defines barriers to health as “the conditions in which people are born, grow, live, work and age.”

Culture, social norms and policies affect the conditions in which people are born, grow, live, work and age. Conditions are further compounded by a society’s distribution of money, power and resources resulting in differences in health and healthcare between population groups — health disparities. Many of these health disparities occur across a number of demographics, including socioeconomic status, age, location, gender, disability status, race/ethnicity and sexual orientation. Additionally, many health disparities experienced and observed in Louisiana are seen as unnecessary, avoidable and unjust — health inequities. 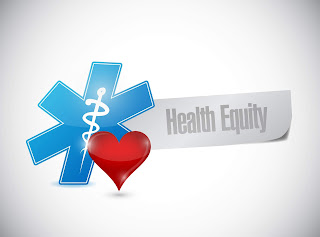 Given these factors, concepts and Louisiana’s health inequities, LDH continues in its commitment to support all Louisianans in achieving their best, fullest health outcomes — health equity. According to the Robert Wood Johnson Foundation, “Health equity means that everyone has a fair and just opportunity to be as healthy as possible.” In an effort to achieve and sustain this, LDH will focus more intentionally on the words of Dr. Georges C. Benjamin, executive director of the American Public Health Association: "Eighty percent of what makes us healthy happens outside the doctor’s office.”

With this in mind, LDH is presently working to put practices and protocols in place that are informed by people, populations and communities’ behavior, social environment, physical environment and their experiences with health services.

We are excited about this work, and more equitably meeting the needs and supporting the wellness and well-being of the citizens of Louisiana. Stay tuned for more to come!
Posted by Louisiana Department of Health at 8:14:00 AM No comments: