Can you dig it? New Orleans Blastoff kicks off 2020 Governor’s Games

Every year, sports enthusiasts across the state have the opportunity to showcase their athleticism in the Louisiana Governor’s Games. The 2020 Governor’s Games get underway this weekend with the New Orleans Blastoff, a girls’ volleyball competition Saturday, January 18 and Sunday, January 19. 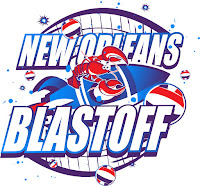 If you can’t make it to the Blastoff, you’ll have another 35 chances to see Louisianans of all ages, skill levels and economic demographics participate in fitness competitions during the Governor’s Games. Over the next six months, competitions including basketball, volleyball, gymnastics, boxing, tennis, golf, track and field, girls’ softball, youth baseball and more will be held in cities all around Louisiana.

The Louisiana Governor’s Games began in 1997, replacing the previous Louisiana State Games and expanding to offer more sports. They are coordinated by Durand “Rudy” Macklin, director of the Governor’s Council on Physical Fitness and Sports, former NBA player and one of four LSU men’s basketball players to have his jersey retired by the school. 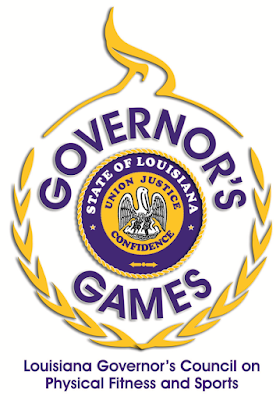 Why has Louisiana chosen such a unique approach? When the games are held in a single location, as other states do, the economic impact stays in that single location. However, by scheduling different events around the state, like Louisiana does, the economic impact spreads to areas that can then benefit from the money athletes, coaches and fans will spend at local businesses like hotels, restaurants and service stations.

It’s also a way for people living in underserved areas to receive exposure to sports they may not otherwise have the opportunity to participate in, to develop an interest in a new sport or even just get inspired to get moving. That spark of inspiration may inspire a sedentary person to take up daily walking, or a spectator at a bodybuilding competition to start building muscle.

Fitness is a key step in lowering the obesity rates in our state. Louisiana consistently ranks among the top 10 states with the highest obesity rates for both adults and children, and nearly one of out of four adult Louisianans is considered obese. Physical activity doesn’t just affect obesity, though: it can cut down on the risk of heart disease, Type 2 diabetes and certain cancers, as well as other health benefits.

Dates and locations for other competitions will be posted online at the Louisiana Governor’s Games website. Competitions scheduled so far include:

If you’re not interested in competing, consider attending and cheering on our amateur athletes as they share in the spirit of competition. See you at the Governor’s Games!
Posted by Louisiana Department of Health at 2:38:00 PM