Your annual Mardi Gras reminder to not drink and drive

Alcohol-related accidents took the lives of more than 10,000 people in the U.S. in 2018. (In the same period in the European Union (EU), that figure was closer to 6,000.) That same year in Louisiana alone, there were more than 200 alcohol-related deaths. In December 2018, more than 800 people died in the U.S., 285 of them during the holiday season. This most recent year’s totals have yet to be compiled. It is estimated that drunk driving accidents cost $132 billion each year, at least half of that in cost related to lives lost.

The legal blood alcohol concentration (BAC) in the U.S. is 0.08%, while in the EU BAC levels vary. Malta and the United Kingdom match the U.S., while most of the other European countries have lower levels closer to 0.05%. In Scandinavia, the BAC level drops to only 0.02%. Contrast those countries with the Czech Republic (one of the heaviest consumers of alcohol per capita), Hungary, Slovakia and Romania, where the BAC is zero. 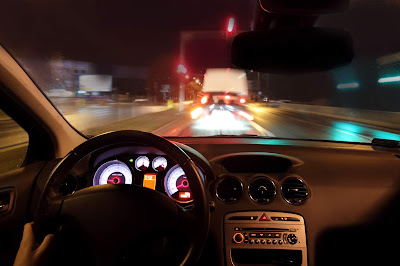 Drunk driving obviously results in avoidable accidents, injuries and death. Although prevention is the best medicine, American law and order hopes deterrence with stiffer consequences also plays a role. Most states in the U.S. — and most countries in Europe — have sharply increased penalties for BAC levels exceeding the minimum level. This also occurs in Louisiana, where fines and penalties increase after a BAC of 0.15% and rise even higher at or above 0.2%. This results from data showing increased consequences for accidents as BAC levels increase any place in the world.

Efforts to address this issue have resulted in significant drops in alcohol-related deaths over the last decade, both in the U.S. and the EU (around 40%), yet much progress remains. While a 0.00% blood alcohol threshold level seems unlikely in the U.S., there may be some movement in that direction with incremental decreases. Use of designated drivers, ride sharing or public transportation, and community vigilance through reporting all prove helpful. If you see something, say something.

Sobriety checks and zero-tolerance policy for drunk drivers always ramp up during holiday seasons, including Mardi Gras. Everyone should be aware of Louisiana’s Drive Sober or Get Pulled Over campaign. Like the U.S., the EU has addressed the problem by reducing the threshold for penalties in numerous countries while also increasing enforcement, public awareness-raising, mandating alcohol rehab programs and the use of alcohol interlocks.

If you are walking at any time but especially during Mardi Gras:


A holiday without alcohol is never the end of the world, but a holiday with excessive alcohol — mixed with driving or even walking — might well be just that, this year or next.
Posted by Louisiana Department of Health at 12:25:00 PM